The history of Corsica 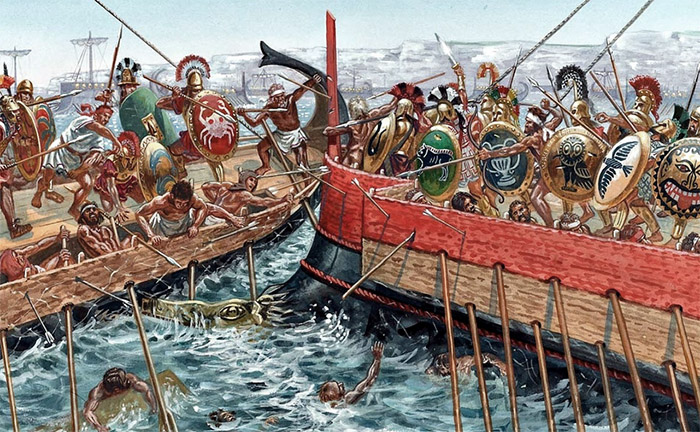 Corsica is finally conquered by the Romans around the middle of the 3rd century BC. Alalia is completely burned and renamed into Aleria.

After a century of revolts of an abused people, around the middle of the 2nd century BC, the Romans massacred them. Two-thirds of Corsicans were killed. Roman writers speak of an island with impenetrable relief, full of hostile men, bandits resembling wild beasts. The Corsican slaves brought back to Rome quickly die because they don’t want to live like that or make the life tough for their master who regrets very quickly their purchase.

5th century AD, it is the end of the Roman occupation. The island is invaded by the Vandals who conquered Roman Africa. An epidemic of malaria is declared. In the 6th century, the Vandals are replaced by the Byzantines. In the 8th century the Lombards of Italy take control by repelling the Byzantines. Around the middle of the 8th century, the Saracens seized the south of the island. The Franks colonize all Corsica at the end of the 8th and then give the island to the Papacy. In the 9th century the Saracens, then the Muslims, and the Moors tried to enter the island but without success. Charlemagne dislodges them every time. In the 11th century, a new Saracen incursion was stopped by the Pisano-Genoese. The dioseses of the island are then divided between Genoa and Pisa.

In the 13th century, Corsica is totally administered by Genes. In the 14th century, the plague decimated two thirds of the inhabitants. In the 16th century a new epidemic of plague ravaged the island for 4 years. The French and the Turks then occupy Corsica. It will be returned to Genoa after the kingdom has sent more troops. End of the 16th century, again an epidemic of plague arises and generates famine and misery. The barbarians take advantage of it to remove inhabitants and destroy the villages.

During the 18th century, Corsican people were fed up with Genoese taxes, even in times of meager harvests and rose up against the government several times. Genoese seek help from the French to master the population. The Corsican people are trying to declare themselves independent. France then sends several battalions. Genes gradually loses the control to the benefit of France. Late 18th century, Corsica becomes French to the discontent of Genoa. The terror falls on Corsica. Paoli asks for help from the English to have their protectorate. The English oust the French who come back in force two years later. The English occupy the island again after the abdication of Napoleon. The commandments are then returned to Louis XVIII.

During the first world war, it is Corsica that pays the heaviest tribe in terms of proportion, with more than 11,300 dead. During the Second World War, the island is occupied by the Italian-German army. More than 80,000 Italian soldiers are sent there. Ajaccio will be the first city of France liberated after a Corsican uprising in October 1943, accompanied by 4,000 French soldiers and a large part of the Italian soldiers who change sides. 13,000 German soldiers are forced to flee the island. It becomes an air base for the continuation of the American operations and the landing in Provence.

From 1965, the regionalists and the autonomists begin to radicalize. The FLNC was created in 1976. The population denounced the high cost of living on the island in 1989.

Gherkins are the result of a long succession of selections from cucumber. Originally, cucumber was bitter and thorny. The gherkins were grown ...
Server SSH login history with a list of the ip connections
https://w3ask.com/server-ssh-login-history-list-ip-connections/
The following command will show the last 20 connections to your server via SSH. It can be very useful to know if you have got some intrusions ...
Corsica stastistics
https://w3ask.com/corsica-stastistics/

Here are the figures that detail the specificities of Corsica: Its area is the same as the one of Loire-Atlantique or Nievre. It is as ...
Number of deaths per country due to wars in history
https://w3ask.com/number-deaths-country-wars-history/

Here is the list of countries and the number of people who died in these areas because of the war through History: China is the first country, ...
Continents with the most deaths due to the war in history
https://w3ask.com/continents-deaths-war-history/

Here are the continents and the number of deaths from the war on their territory during the History: Europe is the most heavily loaded continent ...