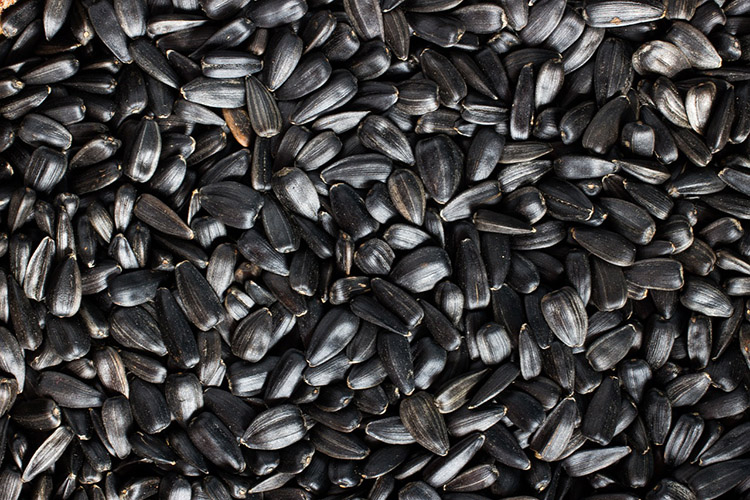 Sunflower has the Latin name helianthus annuus. This plant is part of the Asteraceae family. It is an annual plant, which means that its life cycle lasts only one year. The word sunflower comes from the Italian, it is a derivative of the word girasole, which means "which turns with the sun".

The sunflower is native to America. The oldest trace of culture is found in Mexico, 4000 years ago. Native Americans used the tinctorial, medicinal and nutritional properties of this plant. The sunflower then contained 20% oil. The Onondagas had incorporated the sunflower into the creation myth. While the Aztecs associated the sunflower with the god of war, Huitzilopochtli. In 2010, fossilized traces of the sunflower were found in Patagonia, believed to be around 50 million years old.

The Spanish introduced the sunflower to Europe in the 16th century. The first cultures in France were made in the 18th century. We then produced dye for flags, but also for wine to improve its texture. It was only in the 19th century that the oilseed side of the plant began to be cultivated, with Russia first making selections in order to achieve a higher oil content.

In 1969, a Frenchman discovered that a sterility trait increased the production of F1 hybrid seeds. Which doubled world production.

In Europe, sunflower is the main source of edible oil (40% of its composition), along with olive trees and rapeseed. Sunflower seeds are often among those given the most to large birds, such as parrots.

The flower can reach between 2 to 4 meters in height depending on the amount of sunshine, the richness of the soil and the water supply. The soil should preferably be fairly fertile. Flowering takes place in summer.

The intense yellow of the flower gives a very impressive decorative effect whether in a garden or in a field. This reminds us of the paintings of the famous 19th century Dutch painter Vincent van Gogh who made this plant famous internationally. The characteristic yellow of the sunflower and the shape of its flower are reminiscent of the sun; whether golden yellow or sulfur yellow, this plant is perfect for embellishing your garden, or a cluster of plants.

There are also varieties with orange or even red flowers.

The sunflower has the particularity of being very honey-bearing, attracting all races of bees and thus promoting biodiversity. It is the bees that essentially allow pollination.

How to care for the sunflower
https://w3ask.com/care-sunflower/

If the sunflower has taken hold, then this plant needs little maintenance. It only takes a few manipulations to maximize flower renewal and ...
How to have a sunflower in a pot?
https://w3ask.com/sunflower-pot/

If you have a balcony or patio, you can grow sunflower in a pot without any problem. It is however recommended to have sun during the day. Indeed, ...
When to sow sunflower seedlings?
https://w3ask.com/when-sow-sunflower-seedlings/

First, make sure you have soil that is well-draining. Indeed, sunflowers do not like soils that are too wet. Sun is necessarily needed for the ...
Different species of sunflower
https://w3ask.com/species-sunflower/

There are a multitude of vigorous sunflowers. Here is the list of the annual plants that are most often grown in fields or gardens: - Heliantus ...
Origin of pickles
https://w3ask.com/origin-pickles/

The gherkin is a species of herbaceous plant. This plant belongs to the family Cucurbitaceae. It is grown mainly for its fruits. It is harvested ...